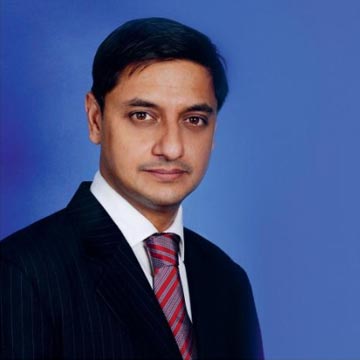 Sanjeev Sanyal is the Principal Economic Advisor to the Government of India. An internationally acclaimed economist and
best-selling author, he spent two decades in the financial sector and was Global Strategist & Managing Director at Deutsche
Bank till 2015. He was named Young Global Leader by the World Economic Forum in 2010. He is also a well-known
environmentalist and urban theorist. In 2007, he was awarded the Eisenhower Fellowship for his work on urban dynamics. He has been a Visiting
Scholar at Oxford University, Adjunct Fellow at the Institute of Policy Studies, Singapore and a Senior Fellow of the World Wide Fund for Nature. He
has also served on the Future City Sub-Committee of the Singapore government tasked with building a long-term vision for the city-state.

Sanjeev attended Shri Ram College of Commerce, Delhi and Oxford University where he was a Rhodes Scholar (1992-95). His best-selling books
include Land of the Seven Rivers, The Indian Renaissance and The Ocean of Churn, all published by Penguin. In addition, he had published around
200 articles, columns and reports in leading national/international publications. He was given the inaugural International Indian Achievers Award for
contributions to Literature in 2014. He has been a Fellow of the Royal Geographical Society, London and a Visiting Fellow of IDFC Institute,
Mumbai.